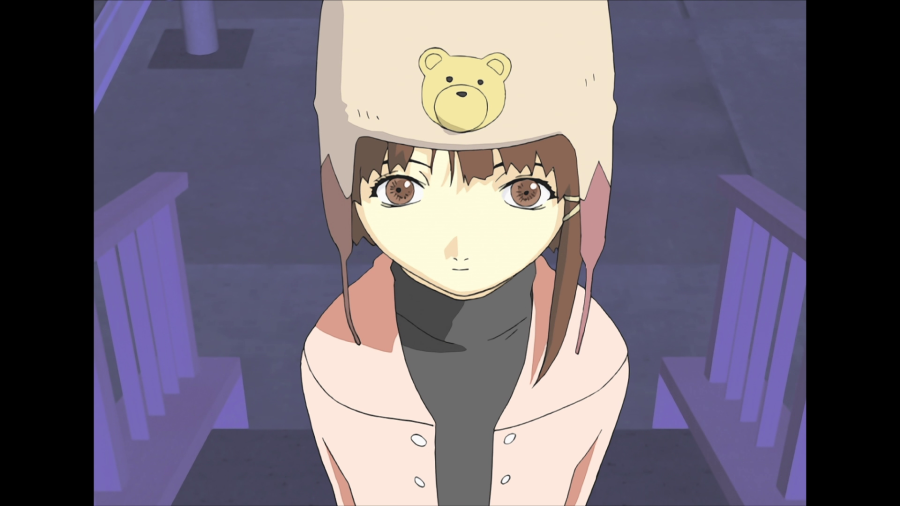 Do you know who I am?

You can peruse my posts. You can read my about page. You can scroll through my Twitter. You could even ask me directly. But can you trust any of it?

Perhaps the “me” you’re seeing isn’t a facsimile but a facade. The image you perceive could be but a projection I’ve crafted to hide what lies behind the veil. And perhaps you, too, are a facade.

Perhaps Lain is a facade.

I recently had dinner with a good friend. It had been a few months since I had last seen him and there was a lot of life to catch up on. However, within moments of sitting down at the table he was instinctually glued to his phone. Before breaking the ice, I took a minute to observe and think about the modern social landscape.

I can’t remember the last time I had a social interaction that didn’t involve phones being out. It seems increasingly rare that you can speak to someone who is completely present. I’m guilty of this too; it’s ingrained in our culture to fill every lull by connecting to technology. Pulling out our phone has become muscle memory.

Serial Experiments Lain predicted this society in 1998, long before cell phones were ubiquitous and the internet puts our friends and an all-you-can-eat buffet of information at our fingertips (this is what the internet was like during the time when SEL aired). Nowhere is this seen more than the way Lain is changed by the Wired.

Lain starts off as shy, innocent to the world of depravity around her. Her room is sparse save for stuffed animals lining the windowsill. She slumps around her house in an adorable bear outfit, one that comes to represent this state of blissful ignorance when she dons it again in later episodes. But as much as she secluded herself, at fourteen years old it was inevitable that Lain would soon need to face reality.

Reality exists in two planes in SEL: the physical world and the Wired, a virtual-reality internet. The lines between these are increasingly blurred as people start to spend the majority of their time in the Wired, building their identities through the endless expanse of information and ideologies available within it. The Wired has become so normalized in SEL’s society that when a kid asks his mom if he can go to a friend’s house to play a game she questions why playing online isn’t sufficient enough (note that “online” is a full-body experience in the Wired).

We also build ourselves through the internet. As we encounter new ideas and media online, we gauge our reactions and use them to form an identity. We can have friendships that begin and exist entirely online yet are stronger than those we share with the people physically surrounding us. The internet has, much like the Wired, supplanted many of the functions of our existence in the real world.

It’s for this reason that when Lain is exposed to the Wired for the first time it wholly uproots her life. Her timidness instantaneously gives way to wonder as she explores its halls of knowledge. Her interpersonal relationships with school friends begin to slip as she’s influenced by an influx of new ideas and information. Soon, Lain becomes a facade. She can be anything and anybody in this anonymous world. Her persona becomes mythical amongst the Wired as she appears to its different users as a God-like figure. Little would these people realize that the person who this wandering avatar embodies is an introverted middle schooler, but even that line starts to blur as this digital persona becomes indistinguishable from herself.

SEL posits that we undervalue the power of the human touch. It warns us that we stand to lose our humanity if we become too engrossed in virtual realities, that we might as well (quite literally, in Lain’s case) forfeit our physical bodies and transfer our consciousnesses to the Wired. Why exist in a world where your interpersonal relationships have eroded? Your body has become worthless, a ghost in a shell.

The feeling of losing your humanity when becoming isolated is something that I’ve experienced in the past. There have been times where I’ve stayed in my apartment for days with no connection to the outside world other than the portal of technology surrounding me. It’s a state that changes you, sours your emotions. You forget that a vast world of people are living outside your walls, even when in the middle of a population center like New York City. Existence feels solitary. Your health and relationships erode. The only way to remain sane becomes tapping into the Wired. Yet it’s a shackling solution, one that only makes it more difficult to get out of your vicious cycle.

In a social context I point back to people pulling out their phones constantly. It’s rarer and rarer to feel like you have someone’s undivided attention in a society where we’re expected to be available digitally at all waking hours. People have a tendency to only be there in body but not mind. To offer up SEL’s theory once more, at what point are our bodies are even necessary anymore?

The series puts its theory into practice in the final episode wherein Lain forgoes her physical existence to save her friend from permanently crippling trauma. She then becomes an omnipotent presence in the world, able to be anywhere at any time. This may sound like a higher state of being but for Lain it proves everything but. Having to view humanity from an intangible distance as the people she once cared for form bonds makes her feel isolated. By the time she realizes how much the human touch meant to her, she’s already lost it.

While this reading of the perils of the internet age is more doom-and-gloom than my own, it was also ahead of its time in predicting the direction of social interaction for the two decades to follow. There are many times these days where I feel a thrall to technology. It’s not that this doesn’t make sense; humans are social animals so having access to instant communication is irresistible to us. However, what I walked away from Lain remembering is that we need to remember to disconnect every once in a while as there’s something about looking someone in the eyes that hits to the core of human relationships.

15 thoughts on “The human touch of Serial Experiments Lain”