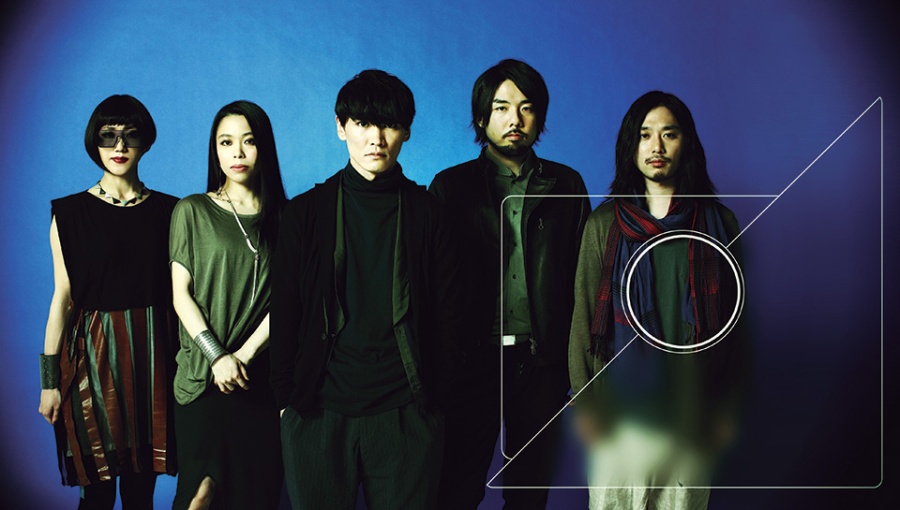 When thinking about my favorite 2017 music, I couldn’t shake a handful of albums released in prior years that had recently left an impact on me. This list exists to celebrate these sounds of the past that have become an important part of my present. The only stipulation for inclusion on this list is that I listened to the album for the first time in 2017 (though in one case I bend this rule). Also, I’m limiting this to one album per artist. So, without further ado…

I was first introduced to Benjamin early in the year with his Gorillaz collaboration “Hallelujah Money” and fantastic single “Phantom of Aleppoville.” His unusual tenor vocal stylings of deep bellows and elongated notes quickly captivated me. I soon checked out his award-winning 2015 debut At Least for Now on which Benjamin’s dramatic performances glide across grandiose piano compositions. His lyricism has a knack for sharp pop-friendly hooks but doesn’t sell itself short in the process, recounting through poetic language his impoverished childhood and artistic come-up scraping by on city streets.

The climax of the album is undoubtedly “Condolence.” On this track, Benjamin triumphantly states that he’s overcome his past and the complexes it ingrained within him. In one of my favorite concert moments of the year, he led his Carnegie Hall audience in singing a 10-some-odd minute a-capella rendition of the song’s closing refrain. It felt like a cathartic release of many of 2017’s demons. That concert also showcased Benjamin’s uncanny singing ability, making his one of the best vocal performances out of hundreds I’ve witnessed.

At Least for Now reads like a quintessential 2017 album released two years prior. Benjamin’s storytelling resonates with modern times, showcasing both struggle and hope. Additionally, Benjamin’s I Tell a Fly is amongst my favorite albums of 2017, particularly its powerhouse single “The Phantom of Aleppoville.” 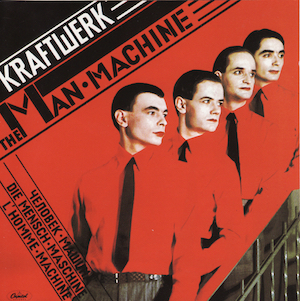 Kraftwerk is a history lesson in the origins of electronica. Their classic albums act as an origin story for the genre they pioneered. They evoke a moment in time during which we were first putting people on the moon, thus imprinting a future of space travel in the era’s cultural consciousness. Kraftwerk similarly existed at the forefront of rapidly advancing technology and the encroaching computer age, making them the perfect vessel through which to usher in synthetic music that glimpsed into a potential future.

Of their albums, I choose The Man-Machine to represent the group as it best exemplifies the range of visionary soundscapes that make Kraftwerk’s best work stand out. The group covers the gamut of science fiction outlooks on this record, from an automated society in “The Robots” to a beautiful, shimmering city of technology on “Neon Lights.” “Metropolis” paints a bleaker future, mirroring the dystopia of Fritz Lang’s 1927 silent film of the same name. And I wouldn’t be surprised if “Spacelab” was played on repeat during the production of Tron.

While Kraftwerk’s music may come off as minimalist and quaint to modern listeners, I believe that their work’s innate ability to conjure up digital landscapes transcends any potential retro categorization. It’s no coincidence that bands like LCD Soundsystem and Coldplay have lifted straight from their compositions, or that any number of their tracks could fit snugly on a Daft Punk record.

It’s 2:00am and I’m riding a sparsely-populated subway car from Brooklyn to Manhattan. I’m just off the energy rush of watching Animal Collective perform “Sung Tongs” and needed a come-down. I threw on Burial’s Untrue which I had similarly heard for the first time on a (daytime, above-ground) train a few weeks prior. Suddenly I was transported to a seedy dystopian city haunted by the specters of a brighter yesterday; my physical surroundings and the ones conjured through the music collided in surreal fashion.

Untrue is less a collection of distinct songs than it is a singular musical statement. The album excels at being a soundtrack for your life, slipping into the background to create a tangible yet distant atmosphere. The lingering nightclub drum patterns and chopped-up vocals creep up on you as if the last remnants of a once-prosperous place. Furthering this sense of mysteriousness is that Burial has– outside of a forced face reveal nearly ten years ago– remained completely anonymous in an age where information about people is more readily accessible than ever. He himself is as much as part of his own musical world as any of the shapeless voices and instrumentation, one of music’s truest and fewest enigmas.

Untrue‘s sound not only unique amongst the work of Burial’s contemporaries but also amongst his own creations prior and since. Maybe that’s for good reason as it probably couldn’t be done better. Burial made one heck of an infectiously atmospheric electronic album and it’ll surely be the soundtrack for many of my late-night subway treks to come.

In the introduction of this list, I noted that one album would be breaking the rules and Benji is it. I first tried listening to Benji when it ranked high on many 2014 year-end lists. However, my opinion going into the album was colored by disparaging comments Mark Kozelek had made towards The War on Drugs in the form of the song “War on Drugs: Suck my Cock” (ugh) a few months prior. The guy’s personality came off as insufferably miserable to me and it didn’t take long before I labeled the album as an old man’s whining, shut it off and moved on. Fast-forward to this year when members of a Discord server I run convinced me to give the album another shot. I’m glad I did; while I may not vibe with Kozelek as a person, his portrait of deceased friends and acquaintances is strikingly candid, invoking Studs Terkel’s Working.

What’s so striking about Benji is how Mark transitions between stories of unsavory types, beloved family members and his aging self, all presented in genuine plain-speak. Tracks of killers and dead folk like “Jim Wise” and “Richard Ramirez Died of Natural Causes” are interspersed with the unbridled adoration of “I Can’t Live Without My Mother’s Love” and “I Love My Dad.” Meanwhile, the album’s closing track “Ben’s My Friend” has Mark ruminating on the toll age has taken on him while reminiscing about his past “uneventful” summer and alienating friendship with Ben Gibbard. You get to intimately know the people he describes in great detail through these blunt character portraits (this had the additional effect of giving me ideas for characters I want to write myself).

Given its heavy subject matter and casual-listening inaccessibility, Benji isn’t an album that I reckon I’ll return to any time soon. Rather, it’s one that will dwell in my mind’s most contemplative thoughts, informing the way in which I think of mortality, aging, and the people around me. While I’m half Mark’s age as of Benji‘s recording and thus can’t entirely share his outlook, I feel this is an album that will reveal itself more to me when returning to it later in life. As one of the most narratively compelling albums I heard in 2017, it earns its spot on my list.

Sakanaction was a chance discovery for me. They don’t have much in the way of a Western fanbase or distribution from what I could tell. They’ve never performed outside of Japan either. Indeed, the only way I found out about the band was seeing them billed above techno-pop trio Perfume at a random Japanese music festival. Who was this headliner-tier band that I’d never heard mentioned before? Well, I fell in love after checking out some of their singles and albums, the best of which is their 2013 self-titled release.

While Sakanaction has fantastic songs spread across all of their albums, Sakanaction is the most consistent from front to back as well as their most sonically expansive. Taking from the best of the electronics-focused tracks on 2011’s DocumentaLy, the s/t LP features lush production that manages to simultaneously be anthemic and atmospheric. Tracks like “Music,” “Aoi” and “Yoru no Odoriko” on the album’s front half are bursts of pure energy, expertly elevating the band’s synth rock roots with pulse-y electronic production, yet never allowing any element to overpower the mix. Sakanaction’s trademark choral vocals in which the members sing in unison punctuate the heights of these tracks to transcendent effect. Impressively amongst many bands that fail to do the same, Sakanaction managed to evolve its sound without alienating their prior work, a happy middle ground of the old and new.

The back-end of the album mellows out with tracks like “Boil” and (literally) “mellow,” showcasing the group’s versatility. While many albums that shift towards the subtle throughout their runtime tend to lose steam, band leader Ichiro Yamaguchi’s reverb-ladened production exhibits a calming serenity through the sense of space it creates. These songs made me feel like I was wading through the waters of beautiful emotions. Sakanaction‘s album art isn’t coincidental; tracks transition between a sensation of soaring through the air or exploring the mystical depths of the ocean.

As Sakanaction is a Japanese band and I’m still early in my studies of the language, the vast majority of the lyrics are outside my comprehension without the aid of translators and translations. Luckily, fan blogs online took up the task of converting lyrics for most of the songs to English. revealing Yamaguchi’s contemplative and metaphor-steeped penmanship. However, what amazed me most with Sakanaction’s discography as a whole is how well the music already expressed its emotional core to me without needing to understand every word. The soundscapes transcend the language barrier and tap into universality. That’s something only the most talented of musicians can achieve.

After countless spins of Sakanaction, I can pretty firmly declare that it sits amongst my favorite albums and that Sakanaction is my new favorite Japanese band. Hopefully a new album is on the horizon soon; their singles in recent years have been nothing short of spectacular and I crave more.

Was there any new music from the past that you discovered in 2017? Let me know below. Heck, maybe your recommendation will resonate with me make it onto a 2018 list. I hope by that same turn you might consider checking out albums listed here. I’ll be back soon with my favorite 2017 albums and more year-end lists soon (to be edited into this space once ready). As always, thank you for reading and here’s to a great 2018.