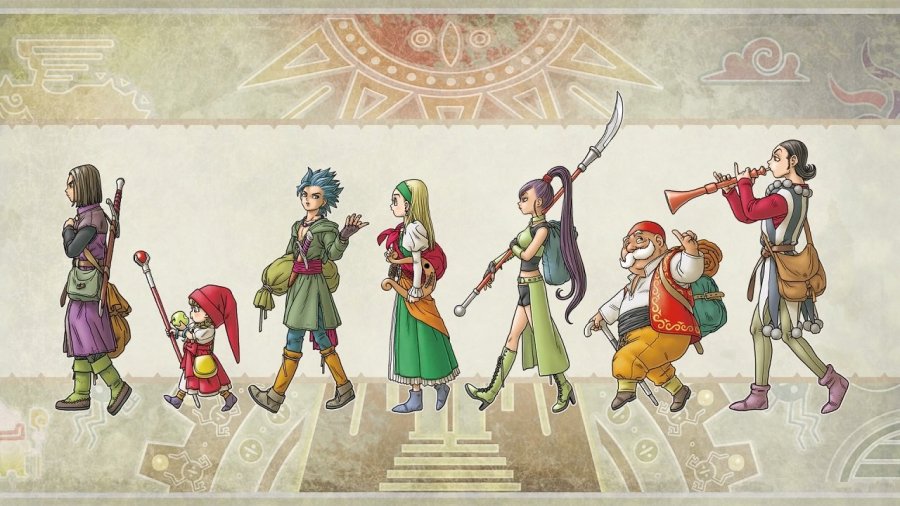 It doesn’t matter if you’re reporting the news, critiquing the latest hotness in your medium of choice, or dissecting the minutiae of a work’s intricacies; you’re fighting for the same eyeballs that could be playing a game, watching anime, listening to music, etcetera, etcetera. Why should someone listen to you rattle on about a thing when they could be doing the thing themselves? If you’re doing your job right, it’s because you’ve captivated them. You’ve convinced an audience that your thing is a better use of their time than literally one-hundred other things vying for their attention at any given moment. Essentially, you’re an expert thing-doer.

Kotaku video-maker Tim Rogers is a sage of expert thing-doers. In a landscape where your typical critique hones in on the mechanical and factual, Tim’s strand of content appeals to the emotional, the personable. He informs through anecdote and entertains through non-sequiturs. He makes you laugh, he makes you relate, and with analysis weaved between the spectacle he makes you think. Tim engages all your senses, doing far more than espousing an opinion on the latest in video games.

Take for example his recent Dragon Quest XI review, a 36 minute epic that stands as one of the greatest pieces of games critique I’ve ever engaged with. In fact, it may even dethrone my previous number one. I’m not blowing smoke here because of his sultry first name. I’ve watched this three times and then went to watch the gamut of Tim’s other videos. Give it a watch for yourself below and you’ll undoubtedly see what I mean (or keep reading past the embed so I can convince you why this is worth cutting into two episodes of anime time for).

In film, the notion goes that you have five minutes to grab an audience’s attention. With online video, I’d say that’s narrowed down to thirty seconds. Tim does it in ten.

“Hello, I’m Tim Rogers. You are watching the Kotaku Dot Com review of Dragon Quest XI: Echoes of an Elusive Age, or as I like to call it, Dragon Quest XI: Sugisarishi Toku o Motomete.” This opening tells you everything you can expect from Tim’s style. A formal introduction establishes the review as the perspective of the man Tim Rogers, not the publication Kotaku (this is true for all reviews but Tim definitely establishes it). The way he unnecessarily-but-hilariously speaks out “Dot Com” clues you into his knack for dry comedy. And finally, his ability to perfectly pronounce the Japanese title of the game (alongside on-screen text proclaiming himself to be a “Professional Dragon Quest Expert”) prove why his opinion is one worth spending the next 36 minutes of your life intaking.

Now you’ve turned up the volume. You’ve reclined in your chair, relaxed your muscles. You’re locked in.

This exact opening is Tim’s calling card. You’ll see it across every video he creates, usually also verbally including his self-proclaimed moniker of “Professional Video Game Expert.” It’s one of multiple motifs that you’ll find in every Tim Rogers video. Others include voice-modulated words (commonly, “Oops” and “I love it”) and the animated horn-and-xylophone ditty that plays in the video’s stinger. And there’s always a comical stinger as dessert after a savory three-course meal.

These recurring flourishes serve the purpose of putting you in the Tim Rogers Mood. This means multiple things. First, having watched past videos of his you instantly attune to his comedy style centered on verbose tangents and idiosyncratic vocal intonations. You hunger to see how he cleverly incorporates his staple quirks. But more importantly, you click into his established perspective. The familiar introduction activates you as if you’re a sleeper agent. A good critic (or content creator in general) forms a narrative of their preferences and personality across the span of their output so that everything they say is framed within an intimate understanding. In other words, Tim doesn’t have to preface his discussion on the subject matter because you already get what he values in a video game from past experience. He therefore has more real estate to talk about the specifics of said subject matter.

And if you’ve never seen a Tim Rogers video? Well, as I explained earlier, the hook is sticky as-is! Actually, The Dragon Quest XI review was my first Tim video and all it took was the first ten seconds to hold me hostage. After watching it I devoured the gamut of his Kotaku content in a day (please don’t question my social life). The familiarity made each passing video more enjoyable than the last. Which hits upon a third cornerstone of establishing a consistent perspective: it endears and thus retains an audience.

Whew, I’m 900 words in and we’ve only talked about the first ten seconds of the video! But those ten seconds are the most important part. They “hook” you in, thus why an opening is called a hook.

Once Tim has you captive, he moves on to set a steady pace that marries the juxtaposed elements of his style: textual analysis and quippy humor. Never will you find Tim rattling off game design bullet points. He’s always espousing information through expressive delivery. He changes the intonation of his voice often enough to keep grabbing your attention without doing it so often as to distract from his words. Other times he’ll throw in a punchline or catchy descriptor (example: calling the party members your “buds”). But Tim doesn’t sacrifice depth of analysis for silliness; the bandwidth provided by his lengthy run time is focused on explaining the inner-workings of game systems that would typically be outside of the scope of a publication’s review format. He just makes it colorful so that he doesn’t come across as your teacher.

Tangents are another tool that Tim uses to emphasize his points in an engaging manner. Let’s look to timestamp 17:20 as an example of how he pulls these tangents off. To explain a system mechanic he calls back to what it’s named in the Japanese version of the game, using that disparity as a jumping off point for an anecdote about a gambler he knew whilst living in Japan. It’s a cute story that doesn’t overstay its welcome and has the added benefit of giving the audience a moment of reprieve. But most importantly, it’s tied back to the main narrative to further express how the game system works. AND THEN it’s taken a step further as it segues into noting the complex gambling minigames. You’re entertained and you’re informed. These are the pillars of why Tim’s videos excel that I talked about earlier! It all comes full circle.

Another note about the pacing of the video: Tim keeps his sentences short and simple. This makes the game design concepts he explains easy to digest. He’ll only weave in flavorful, dictionary-ready language when the definition can be contextually interpreted, thus not allowing it to hinder the simplicity of his sentence structure. Speaking of this flowery language, its inclusion keeps the script from droning; you need to prevent those phones from coming out, after all. Tim doesn’t want you texting Bobby and Jill, he wants you learning about why Dragon Quest XI is a game you need to play.

I could extrapolate on this video for ages: about how Tim tantalizes the audience with topics he’ll expound upon later in the video and how the visuals are always in line with the script and so on. Suffice to say, the way Tim feels about Dragon Quest XI being one of the best games he’s ever played mirrors how I feel about his review being one of the best I’ve ever seen. And I’ve watched way more YouTube in my lifetime than I care to admit.

In the last two days, Tim went from someone I knew about in passing to an immediately major influence on my writing style. If I can editorialize a moment, I’ve been unhappy with my output for some time. I’ve not loved anything I’ve written in months. In the process I lost sight of my drive to push the boundaries of what I can do with my writing. Seeing how Tim transformed a review into something more has instilled that ambition within me once again. I’m excited to write, to see what new ideas I can craft my words to express. So, Tim, my namesake, thank you for the inspiration.